E-Books: The Next E-Discovery Frontier?

E-Books: The Next E-Discovery Frontier?

Your E-Reader may be called as an “electronic witness” [1] 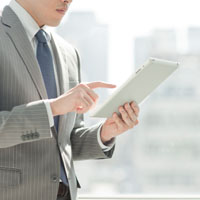 The defendant was accused of murdering his wife.  He claimed it was self-defense, that his wife tried to shoot him during a heated argument and he shot her as they struggled over the gun.  Prosecutors were suspicions…the physical evidence at the scene didn’t match the husband’s story, and the bullet trajectory suggested murder…and there was that recently-purchased insurance policy.

No one would have guessed, however, the source of the single piece of evidence that would ultimately cause the husband’s story to unravel.  While on the stand, the husband was asked by the prosecutor if he had planned his wife’s murder.  “Of course not,” the answer.  “Isn’t it true you killed your wife and planned to collect her insurance money and disappear?”, was the next question.  “No!” was the answer.  Finally, the prosecutor asked the rattled husband his final question:  had he ever read any books on how to cover-up a crime scene and disappear from society “without a trace”.  An objection from the defense table was followed by an approach from the prosecutor who was holding in his hand an affidavit from a computer forensics examiner…a new exhibit for the court.  The exhibit?  Sworn testimony from the expert describing an E-Book recovered from the defendant’s iPad.  The title of the book:  “How to Disappear Without a Trace” was the circumstantial evidence that the jury needed to return a guilty verdict.

While this is a hypothetical story, we will almost certainly see cases like this in the future.  There are some 40 million e-readers and 65 million tablets in use in the U.S. today, according to Forester Research.

“For centuries, reading has largely been a solitary and private act, an intimate exchange between the reader and the words on the page” [1]

Welcome to “Big Data”, a world in which even the most mundane electronic records are aggregated, compiled, and sometimes sold by firms eager to cash in on its value.  E-Book publishers are no exception.  Records maintained by E-Book firms can include when a book was purchased, how much of the book was read, (eg., “furthest page read”), which passages the reader highlighted, “notes” the reader wrote during the reading, and how many “sittings” the reader took to complete the book.  Good news for publishers attempting to capitalize on the reading habits of their customers – but perhaps bad news for consumers, defendants in law suits, and privacy experts.

The Electronic Frontier Foundation (EFF), and the American Civil Liberties Union have lobbied for legislation requiring a court order to obtain data related to a reader’s reading habits, successfully passing a law in California earlier this year,  “The Reader Privacy Act”.  Similar laws are expected in other states.  These laws, however, may not protect the reader’s records from a well-crafted subpoena or court order.

Where is this headed?

No one knows for sure if E-Book discovery requests will become commonplace, but there’s no denying that that copy of “Trade Secret Theft For Beginners” sitting on a defendant’s iPad is a mouth-watering find for a plaintiff’s lawyer in an IP misappropriation case. It seems inevitable that aggressive and creative litigators will consider targeting E-Book data in certain cases.  Much like Facebook postings can paint a picture of the personality of a witness or an accused’s state of mind, wouldn’t a person’s reading habits likewise become relevant?  We think the answer is yes.  Isn’t it harder for an accused arsonist to claim ignorance about starting fires when prosecutors have discovered several books related to pyrotechnics on his Kindle?  You get the idea.