Is your Code Secure? Steps for Protecting Your Most Valuable Assets

Is your Code Secure? Steps for Protecting Your Most Valuable Assets

Software code can be a company’s most critical Intellectual Property…and stealing it is easier than you think. 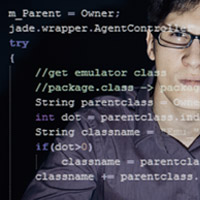 These were his last few days of work at his current job. The programmer, a Russian born American dual citizen, hired by a major financial institution for $400,000 per year to develop a high speed stock trading program, had decided to go on to greener pastures. What was one of the last things he did before resigning? He accessed his firm’s development database and downloaded the crown jewels…the software code for the trading algorithms. With just a few clicks of the mouse, millions of dollars worth of code and years of development work were in the palm of his hand. The drama begins.

Sound like a spy novel? Nope. This scenario really happened. Sergey Aleynicov, a Goldman Sachs programmer, was charged with Economic Espionage in Federal Court and sentenced to eight years on prison in 2011. Prosecutors claimed he had intended to use the code to build a similar trading technology platform at his new job. After serving a year of his sentence, he was acquitted under appeal, but has now been recently charged for essentially the same crimes in state court. [1] In a recent twist, he has sued Goldman Sachs for $2.4 million in legal fees which he believes he is entitled to based on his previous acquittal. [2]

Regardless of what the court ultimately rules in this case, one thing is abundantly clear; software code is a form of intellectual property that often lies at the center of a company’s most valuable assets. And the misappropriation of this digital asset can be as easy as hitting a keystroke on a computer. The Aleynicov drama provides a convenient reminder for companies to take stock in their own software code security practices.

While software code for a complex application can occupy thousands of printed pages, in digital form it can easily fit on to a small and inexpensive USB drive. Code is as portable as it is valuable, and that is the challenge; keeping the code accessible so programmers can do their work, but at the same time protecting it from dishonest employees and outside hackers. Here are some tips for protecting code…