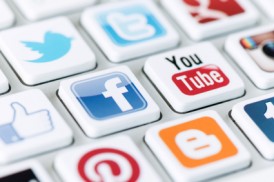 Social Media eDiscovery:  If you are not doing it, you will be soon!

“We believe that running a social media search of clients, opponents, and witnesses is now part of the minimum level of due diligence expected of a competent litigator…..In our view, it’s just a matter of time before malpractice claims begin to surface based on a failure to use information publicly available on the Internet.”[1]

John was the owner of a successful marketing company.  He recently sold his firm to a large competitor and signed a two year non-compete.  After a series of disagreements with management over how the new firm was managing his old company, it became clear John was not happy.   In addition, he was not even close to producing the revenue numbers that he claimed he was generating prior to the purchase of his firm.  There were suspicions that John was quietly freelancing his services in the market, a direct violation of his non-compete agreement.

Attorneys representing the company that purchased John’s firm launched an investigation.  Although John was sort of an “old school” guy,  (he didn’t use social media very much),  a comprehensive scan of John’s identity on social media sites revealed that there was some social media “chatter” about John that suggested he was violating his non-compete.  Most of this “chatter” was being generated by persons other than John.  Some industry bloggers, for example, had mentioned John, and there were several Twitter feeds that were particularly revealing.  For example…

A scanning application was launched to “crawl” the social media universe and capture and preserve any sites that mentioned John.  This software identified numerous references to John and his “freelancing” activities.   In addition, the associated metadata related to these posts provided a compelling trail of electronic “bread crumbs” which documented indisputable digital evidence about when these references to John were posted, by whom, etc.  The results of this search were compiled into a comprehensive report, (complete with preserved links to the original posts, screenshots, and metadata references).

Presented with this electronic evidence, John agreed to discontinue his contract-violating behavior, and made a monetary settlement with the company that purchased his firm.  John’s “pay-out” schedule was modified in favor of the purchasing company.  John agreed to an extended non-compete, as well as a “monitoring agreement” which enabled the purchasing company to use technology to track his future industry activities (at his cost).

Attorneys that ignore or mishandle the vast Electronically Stored Information (ESI) landscape when engaged in investigations or litigation do so at considerable risk.  The above case and the recent Gatto v. United Airlines suit is a compelling example.  In Gatto, the Plaintiff’s attorneys allowed their client to “deactivate” or otherwise delete his Facebook account during a contentious litigation.  The result:  Sanctions against the Plaintiff in the form of an adverse ruling. [2] Here are some practical take-aways…

1.1. It’s there.  The ESI which can be found on social media sites is vast, often relevant, and unique.  It is frequently overlooked by litigants.  It can make your case. Go for it.

1.3. Technology is your friend. Powerful and inexpensive social media investigative software can help you crawl millions of social media bits and bytes in a fraction of the time of even the most tech-savvy attorneys.  This software performs aggregation, analysis, and data mapping on the discovered information and preserves it in a way that enables authentication if and when you need it.

1.4. This stuff can go away quickly.  Although social media references can be powerful and compelling, individuals that sense they are being investigated may be tempted to try to “take down” or otherwise obliterate this social media evidence, (ie., “erase” their Facebook account) if they suspect you are on to them. Can this deleted ESI be retrieved?  Sometimes. But it is always better to preserve it before your opponent suspects you are looking.

[1] – Andy Radhakant and Matthew Diskin  “How Social Media Are Transforming Litigation.” Litigation Magazine, The Journal of the Section of Litigation, American Bar Association.  Vol. 39 No. 2 Spring, 2013

[2] Gatto v. United Airlines, Inc., No. 10-CV-1090-ES SCM, 2013 L 1285285 (D.N.J. Mar. 25, 2013)  Gatto filed suit against United Airlines claiming permanent disability suffered in an on-the-job accident.  After being ordered to produce data from his various social media sites, including Facebook, it was discovered that Gatto’s Facebook account had been deleted or somehow inadvertently “de-activated”.  The court opinion provided no leeway, stating:  “either scenario involved the withholding or destruction of evidence”.  Sanctions in the form of an adverse inference resulted.

4Discovery An Inc. 5000 Company For The Second Year In A Row

Disney+ Hacked: How Did This Happen?