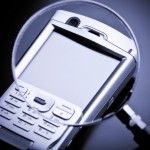 1.  Regas Cristou vs. Beatport.  (ESI on Mobile Devices is Covered by Litigation Holds)

Court ruled that ESI stored on mobile devices is subject to Litigation Holds just like any other ESI.  CEO of Beatport was sanctioned for “losing” his mobile device during litigation when he was ordered (under a lit hold) to  protect all ESI.

A number of former and current employees of Honey Baked Ham sued Honey Baked for sexual harassment and discrimination.  During the investigation, Honey Baked discovered that a number of the class action plaintiffs had used their mobile devices to text about the case and had also posted relevant comments related to the case on various social media sites.  Honey Baked successfully obtained an order requiring a number of the plaintiffs to produce their mobile devices for a forensic exam AND ordered them to produce the log-in credentials for their social media accounts.  The forensic exam was performed under an agreed protocol by a special eDiscovery master.

Female patron of a Coyote Ugly bar was injured when she fell from a bar top.   She sued the bar.  Mobile device photos taken by the injured person’s friends (and later posted to Facebook) became discoverable when the judge ordered the injured person to “friend” him so that he could inspect the photos.

An attorney and his client were sanctioned $700K and then the attorney lost his law license when he advised his client to “clean up” his Facebook page during litigation in a $10Mi wrongful death case.   The Plaintiff (the dead woman’s husband) had posted photos of himself wearing a T-shirt with the message “I Love Hot Moms” on the front shortly after his wife’s death.

4Discovery computer forensics experts recovered a photo of a noose hanging from a forklift from a cell phone that was instrumental in the $10 Million award granted to several class action plaintiffs in a racial discrimination case brought against Yellow Freight.