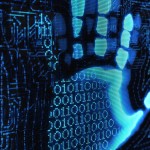 When authorities arrested the two-time convicted child molester, they knew images on his mobile phone would be critical in proving their case.  What they didn’t expect was how the accused would attempt to “destroy” the SIM card from his phone.  Josh Fazio, a senior forensic examiner with 4Discovery in Chicago would be called on by the Feds to try to recover those important photos from the damaged device.

You can read the full coverage of this dramatic case in the December edition of “Security Management Magazine,” at the link below.