Think Social Media eDiscovery is A Waste of Time? Ask the Guy with the Fish!

Think Social Media eDiscovery is A Waste of Time? Ask the Guy with the Fish! 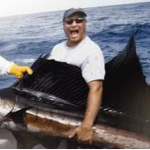 Courtesy of the Wall Street Journal

In our business, we often witness people engaged in the most stupid, repulsive, and often illegal activity.  Rarely has this fact been more dramatically illustrated than in the example of the recently exposed fraud related to a number of social security disability claims in New York.

The Background
Who will ever know?  This seemed to be the theme behind a group of ethically-challenged former New York City police officers and firefighters who decided that the September 11 World Trade Center terrorist attack on the United States represented a rich opportunity to line their pockets by submitting fraudulent social security disability claims.

When a number of the claims for “psychological disability” allegedly sustained when responding to the attack appeared to have been created in the same handwriting, government investigators became suspicious.

The Investigation
The investigation, including a review of the social media profiles of some of the fraudsters, clearly determined that a number of these “disabled” persons were quite able to do their jobs, and had been collecting disability payments illegally.

Oops!
When the guy holding the fish in the nearby photo was completing his disability application it obviously never occurred to him that a Facebook scanning investigator might determine that one’s ability to wrestle a 200 pound fish is slightly more strenuous than writing a citation for a car illegally parked in front of Trump Tower.  Some of these crooks claimed they were so traumatized they could no longer leave their homes.  (Uh, pay no attention to those Facebook photos of me parasailing in Mexico!)

The Outcome
Last week more than 100 individuals were arrested and charged with fraud, including a group of attorneys that received up to fifty thousand dollars from the fraudsters for coaching them on how to feign psychological trauma during interviews with social security administrators and doctors. (Including some handy advice on how to fake memory loss during tests.)

Lest you are feeling some vague patriotic sympathy for these folks, please be reminded that it was your tax dollars that have been paying them to Marlin fish in Cabo while you are shoveling snow from your driveway.  You be the judge.

“We believe that running a social media search of clients, opponents, and witnesses is now part of the minimum level of due diligence expected of a competent litigator…..In our view, it’s just a matter of time before malpractice claims begin to surface based on a failure to use information publicly available on the Internet.” [2]

The Take-Aways (reprinted from our June 2013 advisory)
Social Media eDiscovery, as well as mobile device computer forensics (eg., recovering cell phone photos and deleted text messages), are powerful investigative tools.  Attorneys that ignore or mishandle the vast Electronically Stored Information (ESI) landscape when engaged in investigations or litigation do so at considerable risk.  The above case and the recent Gatto v. United Airlines suit are compelling examples.  In Gatto, the Plaintiff’s attorneys allowed their client to “deactivate” or otherwise delete his Facebook account during a contentious litigation.  The result:  Sanctions against the Plaintiff in the form of an adverse ruling. [3]  Here are some practical take-aways…

1.  It’s there.  The ESI which can be found on social media sites is vast, often relevant, and unique.  It is frequently overlooked by litigants.  It can make your case.  Go for it.

3.  Technology is your friend.  Powerful and inexpensive social media investigative software can help you crawl millions of social media bits and bytes in a fraction of the time of even the most tech-savvy attorneys.  This software performs aggregation, analysis, and data mapping on the discovered information and preserves it in a way that enables authentication if and when you need it.

4.  This stuff can go away quickly.  Although social media references can be powerful and compelling, individuals that sense they are being investigated may be tempted to try to “take down” or otherwise obliterate this social media evidence, (ie., “erase” their Facebook account) if they suspect you are on to them.  Can this deleted ESI be retrieved?  Sometimes.  But it is always better to preserve it before your opponent suspects you are looking.

[2] Andy Radhakant and Matthew Diskin “How Social Media Are Transforming Litigation.” Litigation Magazine, The Journal of the Section of Litigation, American Bar Association.  Vol. 39 No. 2 Spring, 2013

[3] Gatto v. United Airlines, Inc., No. 10-CV-1090-ES SCM, 2013 L 1285285 (D.N.J. Mar. 25, 2013)  Gatto filed suit against United Airlines claiming permanent disability suffered in an on-the-job accident.  After being ordered to produce data from his various social media sites, including Facebook, it was discovered that Gatto’s Facebook account had been deleted or somehow inadvertently “de-activated”.  The court opinion provided no leeway, stating:  “either scenario involved the withholding or destruction of evidence”.  Sanctions in the form of an adverse inference resulted.