How Did the NCIS Know that Bergdahl Was an Apparent Traitor? Computer Forensics, of Course.

How Did the NCIS Know that Bergdahl Was an Apparent Traitor? Computer Forensics, of Course.

Computer Forensics on Bowe Bergdahl’s Computer Presents “Clear Evidence” He Attempted to Go “Over to the Other Side,” 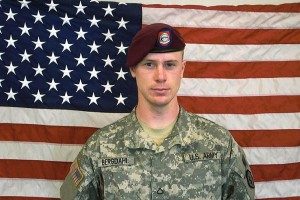 Computer forensics evidence, revealed in a 2009 report by the Naval Criminal Investigative Agency (NCIS), clearly indicated Berghahl had offered himself up to the Taliban, and was attempting make himself available to the enemy, according to Lt. Col. Tony Schaefer, based on his inside information into the NCIS report.  These findings are now surfacing as Bergdahl faces Article 99 misbehavior charges.

Yes, that is right…the NCIS report was made public in 2009, shortly after Bergdahl went missing.

Would this report have been available to the Commander in Chief prior to his affectionate reception of Bergdahl’s parents in the White House Rose Garden in which the Obama Administration indicated Berghahl had “served with distinction?”  According to Schaefer, it would have been essentially impossible that the administration was unaware of the findings of the Navy’s most prestigious investigative agency.

This report has called into question, once again, the Obama Administration’s judgement in apparently trading Taliban detainees for a known traitor.

The take-away?  Politicians may lie, but computer forensic evidence does not.